A transponder which contains a battery or other electrical energy source that provides the energy needed to transmit information and receive data.

A conductive element that enables the transponder to send and receive data. Passive, low- (135 kHz) and high-frequency (13.56 MHz) transponders usually have a coiled antenna that couples with the coiled antenna of the reader to form a magnetic field. UHF transponder antennas can have many different shapes. Readers also have antennas which are used to emit radio waves. The electromagnetic energy from the reader antenna is “harvested” by the transponder and used to power the microchip, which then transmits back its own signals.

Placing RFID transponders on or in high-value assets and returnable transport containers enables companies to gather data on their location quickly and with little or no manual intervention. Tagging assets allows companies to increase asset utilization, identify the last known user of assets, automate maintenance routines and reduce lost items.

The verification of the identity of an object or a person. RFID and NFC technology can be utilized to authenticate products as a way of reducing counterfeiting.

A temperature-controlled supply chain for temperature-sensitive goods such as certain pharmaceuticals, chemicals and food items. The goods in the cold chain must maintain a given temperature range to prevent spoilage. Temperature tolerances vary, depending on the actual items being shipped.

The digital representation of an item, including the item’s unique code (the digital Identifier), but also the complete log of events and attributes that are associated with the physical item.

In radio and telecommunications, a dipole antenna is the most widely used antenna. A dipole antenna commonly consists of two identical conductive elements. In an RFID transponder, these two are connected to a microchip.

The scrambling of data in such a way that it can be unscrambled and read only by those for whom it is intended. In RFID systems, encryption is used to protect information stored on a transponder’s microchip or to prevent the interception of communications between the tag and reader.

An independent, non-profit organization, whose mission is to produce telecommunications standards for Europe. Based in Sophia Antipolis, France, ETSI is officially responsible for standardization of Information and Communication Technologies, including telecommunications, broadcasting and related areas, such as intelligent transportation, medical electronics and RFID.

One of several technologies used to produce a transponder’s antenna. In this process, the antenna is etched out of aluminum or other metals by a chemical solution.

The Federal Communications Commission regulates interstate and international communications by radio, television, wire, satellite, and cable in all 50 states, the District of Columbia and U.S. territories. An independent U.S. government agency overseen by Congress, the Commission is the federal agency responsible for implementing and enforcing America’s communications law and regulations.

An RFID interrogator mounted to a wall, doorway, gate, table, shelf or other permanent or non-mobile structure, enabling IT systems to read the unique ID numbers and other content of RFID transponders.

A term used to describe the reading distance performance of an RFID tag that is not attached to anything.

An RFID microchip attached to an antenna and mounted on a substrate. Inlays are essentially unfinished RFID labels. They are usually sold to label converters who turn them into smart labels. They are also sometimes called inlets.

The Internet of Things is the network of physical devices, vehicles, buildings and other items embedded with electronics, software, sensors, actuators or passive RFID tags and network connectivity that enable these objects to collect and exchange data.

The international industry standard for RFID transponders that operate (i.e., can be read or written to) at a distance of less than 10 centimeters (4 inches) (applicable for short-range transponders).

This standard applies to long-range transponders which offer a maximum read distance of 1 to 1.5 meters.

Form factor of RFID technology used for inventory tracking and supply-chain management. For example, large suppliers attach labels including an RFID chip and an antenna to their products in order to enable retailers to manage their complex supply chains in real time.

An antenna that transmits the radio waves from the reader in one orientation or polarity. This increases the read distance possible and can provide greater penetration through dense materials. Transponders designed to be used with a linear-polarized reader antenna must be directionally aligned with the reader antenna to be read. (See also circular-polarized antenna.)

Integrated circuit that includes a microcontroller, i.e. a highly integrated computer chip that contains all the components comprising a controller. Since they can include sophisticated encryption functions and permit advanced data manipulation, microcontroller chips are often used in applications where data security and integrity are essential.

This term is generally used to refer to software that resides on a server between RFID readers and IT systems. The middleware is used to filter data and pass on only useful information to enterprise applications. Some middleware can also be used to remotely control and manage reader devices on a network.

An RFID interrogator that can be carried or transported on a person, vehicle or apparatus, enabling IT systems to read the unique ID numbers and other content of RFID transponders.

NFC provides wireless communication between smart NFC devices, like smartphones, and NFC-enabled objects or other NFC reception devices such as payment terminals or identification readers.

A transponder which harvests energy emitted by the reader’s electromagnetic field to power the chip and communicate signals. As no battery is required, these types of transponder are typically maintenance free.

An RFID reader setup typically used in manufacturing or warehouse gate settings. Forklifts or other methods are used to transport tagged items through a portal reader to collect RFID transponder data.

One of several technologies used to produce an RFID transponder’s antenna. In this process, the antenna is laser-cut out of aluminum or other metals, avoiding the chemicals typically involved in antenna etching. Any excess aluminum is recovered.

Read and write device to wirelessly read the data on the chip in a transponder.

A system to automatically identify and track the location of objects or people in real time, usually within a building or other contained area. Wireless RTLS tags are attached to objects or worn by people, and in most RTLS, fixed reference points receive wireless signals from tags to determine their location by triangulation. Examples of real-time locating systems include tracking automobiles through an assembly line, locating pallets of merchandise in a warehouse, or finding medical equipment in a hospital.

A wireless technology to transmit data between a transponder and a reader via radio waves.

A device that prints on a label with an embedded RFID transponder and encodes information in the chip within the transponder.

An RFID system consists of a transponder and a reader. When the transponder is within the reader’s working distance, it transmits data to the reader via radio waves.

A measurement of the strength of a radio signal being received. In RFID, RSSI is used to determine a transponder’s distance, as the signal is stronger from a transponder that is closer to the reader antenna.

Uses the principle of a Faraday cage, metallized sheet, foil or metal barrier to prevent radio noise from interfering with the communication channel between an RFID reader and transponder.

Carrier material, such as plastic film, that forms part of the finished product (for example an RFID label).

Supply-Chain Management is a typical application area of RFID and includes the design, planning, execution, control, and monitoring of supply-chain activities with the objective of creating net value, building a competitive infrastructure, leveraging worldwide logistics, synchronizing supply with demand and measuring performance.

General designation for a passive transponder with a customized housing. Most RFID tags contain at least two parts. One is an integrated circuit (IC, microchip) for storing and processing information, modulating and demodulating a radio frequency (RF) signal, and other specialized functions. The second is an antenna for receiving and transmitting the signal.

An RFID transponder that communicates to a reader when a box, package or container has been opened.

Process by which individual objects, boxes, pallets or containers are tracked as they move through logistics systems.

A transponder is a data carrier which comes in the form of an inlay, a label or a tag. It is a microelectronic circuit consisting of a microchip bonded to an antenna on a carrier substrate.

A serial number stored on the microchip that uniquely identifies a transponder. 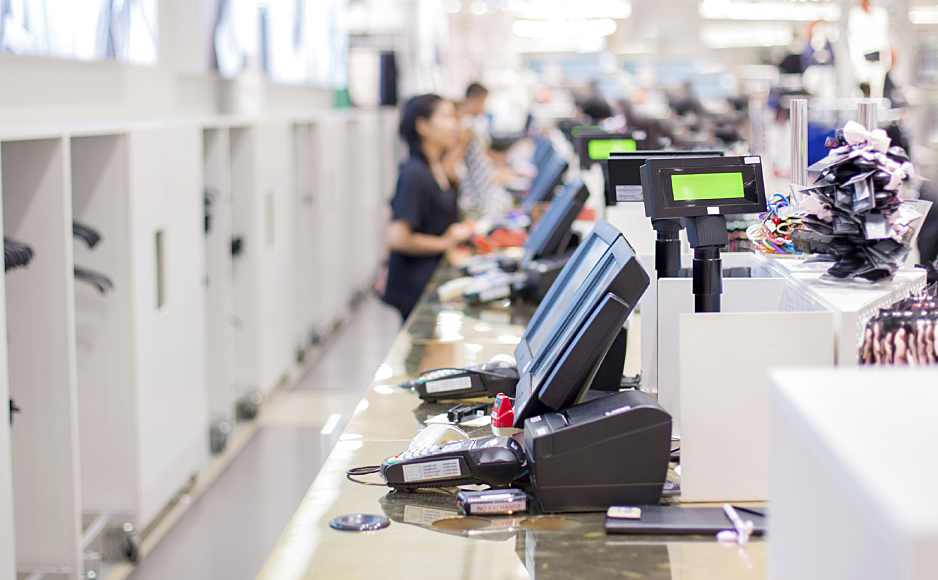 RFID for converters and service bureaus